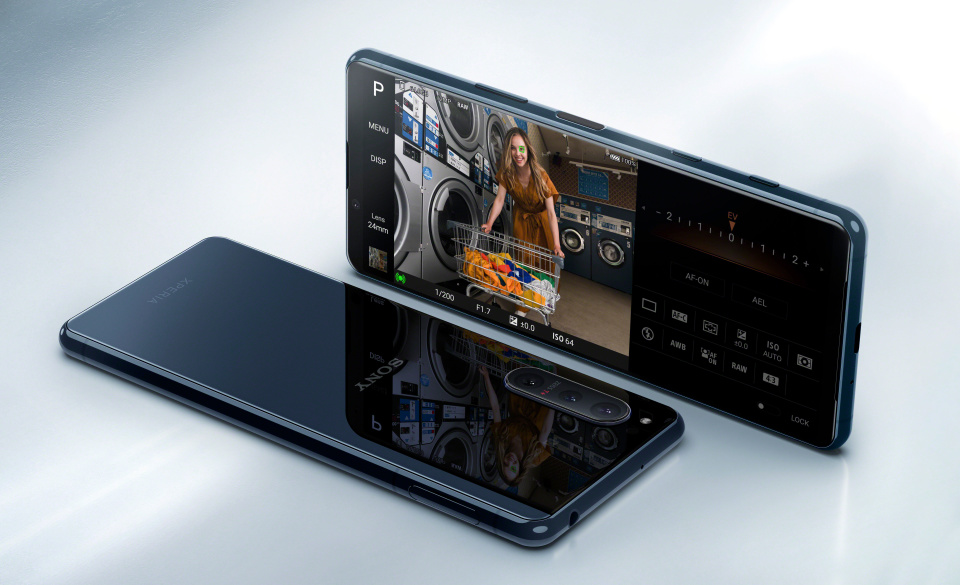 The Sony Xperia 5 II – Available for £799 via Carphone Warehouse

I have been using this phone now for the last few weeks and my favourite feature is that it’s streamlined for photography and video recording. I took this phone to the Warner Brothers Harry Potter Studio and this phone’s camera was simply amazing.

Controls wise are all on the right side of the phone you have the volume buttons and slightly lower down you have the power button that doubles up as a fingerprint sensor which works very well.  Then you have a google assistant button and last but not least you have a camera shutter button. 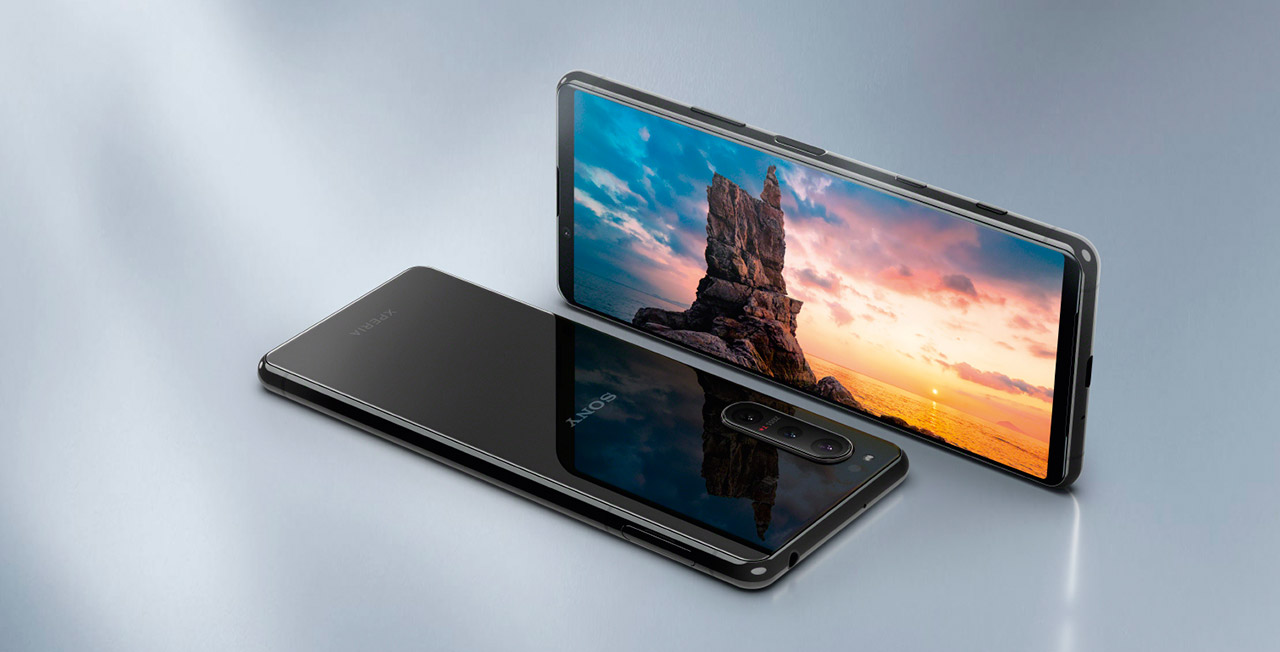 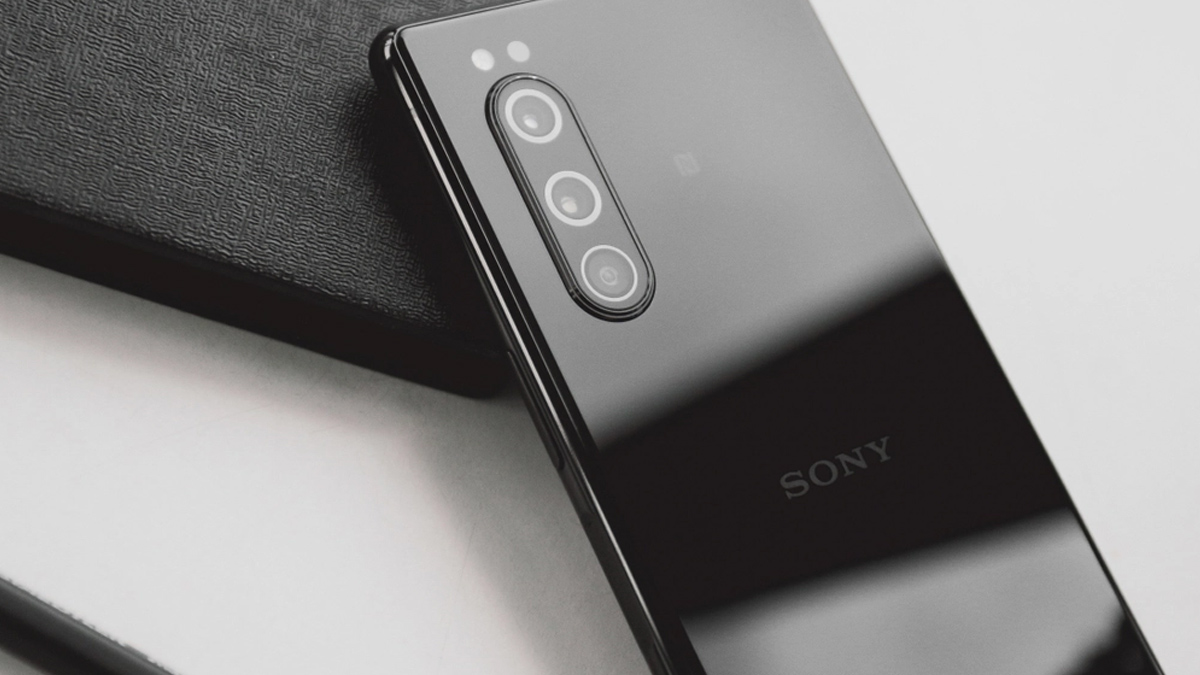 The Sony Xperia 5 II comes with 6.1 inch Full HD (1080 x 2520) display that comes with that fantastic 120Hz refresh rate which from testing the phone it means the screen refreshes twice as fast compared to other phones in that price point. I really like this feature as it made the overall experience and handling of the phone much smoother.

The display really does make the colours shine and can reach high peak brightness. I was impressed when watching an HD video and the OLED display really did showcase the quality making this phone perfect for someone watching a film or for gamers. 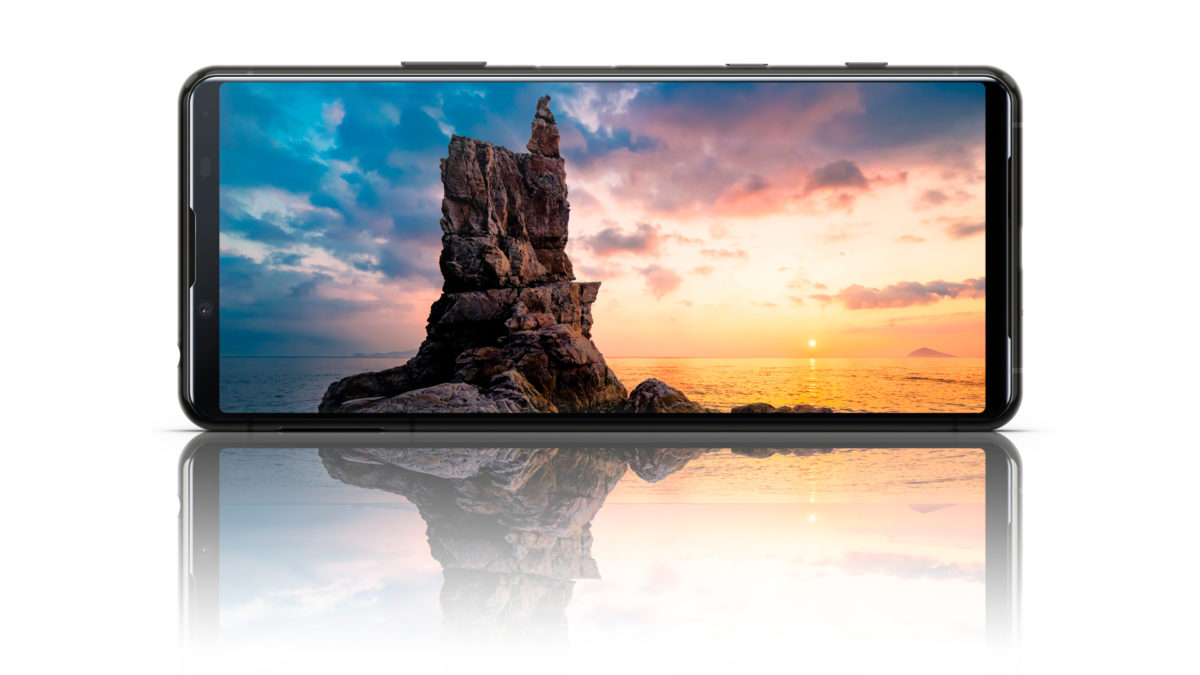 Inside the Sony Xperia 5 II you are given the Qualcomm Snapdragon 865 chipset it’s not the most top-end chipset but it does offer enough power in order us to use the phone how I wanted.  The Xperia 5 II also comes with 8GB of RAM allowing games to upload without any difficulty and did not provide any issues with the overall performance. It’s not as fast as the Xperia 1 II but it’s not a massive issue and the average user will not see any problems with the performance.

Considering the display and the chipset, what was it like when gaming?  Well, the answer is extremely well. Any game we played was loaded with speed and the phone did not heat up even with long periods of use due to the heat suppression power control you get with this phone.  Some games require extra space and the phone does come with 128GB of storage but also allows you to bump that up with the use of a microSD card. 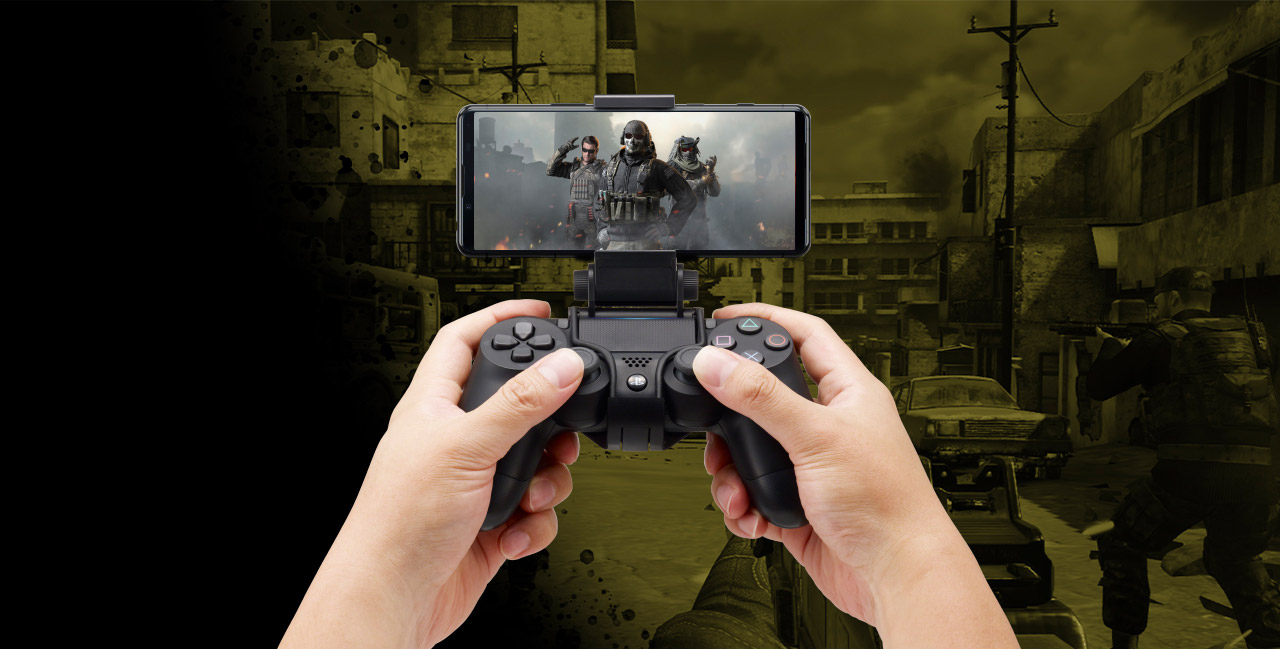 The Sony Xperia 5 II also comes with 5G, unfortunately, I could not experience that as 5G is not overly available in my area but it’s good to know you will still be able to use the phone when 5G is more widely available.

This phone runs on Android 10 but I am told an upgrade to Android 11 will be available soon. In the meantime, Android 10 gives you Google’s operating system. However, Sony has created its own distinct look and also comes with the apps only available on a Sony phone such as the cinema pro app & Sony Music Player.

The Sony Xperia 5 II shares the same battery size as its bigger brother the Xperia 1 II with a 4000 mAh battery that allows for fast charging. ( Fast charger needs to be bought separately). The battery gives you 12 hours talk time or 540 min standby.

I found the battery lasted all day long no matter what I did not and would find I would still have battery life at the end of the day this was tested when we had the day at Warner Brothers Studio it was used intensively and still lasted the day. However, After a long period of gaming, I did find the need to charge the phone but that to be expected.

The Xperia 5 II does not allow for wireless charging so that the only real negative I could find with this phone. However, Sony has added a layer of graphene via the heat suppression power control that makes sure the chipset does not overheat. However, for these who want to charge the phone in a quick manner. Sony gives you an 18W charger that can give you 50% battery in just 30 minutes. You can also use a 21W fast charger but you will need to buy a fast charger separately.

Moving on the star of the show the Sony Xperia comes with a 6MP selfie camera and a three rear 12MP cameras on the back of the phone. I love the fact I do not have to do much when it comes to the settings as the camera sets itself. 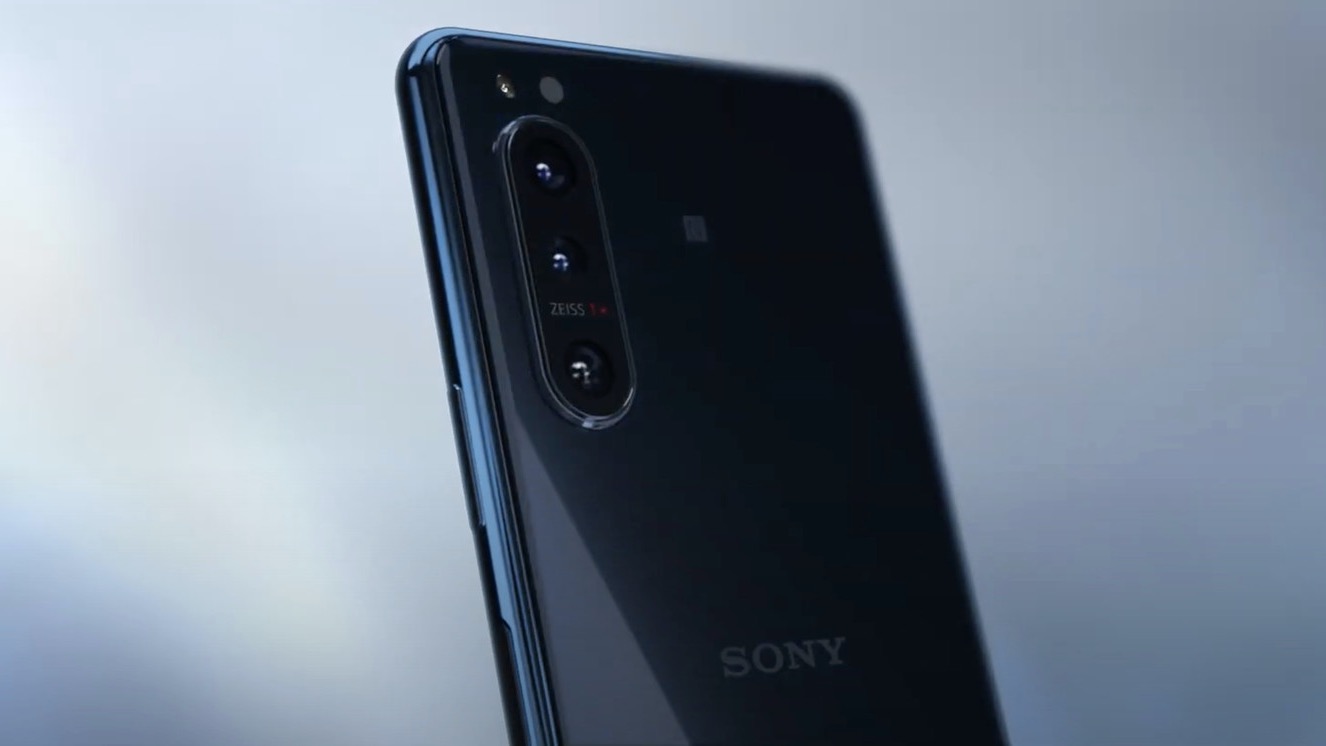 The main camera of the three is a 24mm lens then you have a 16mm ultra-wide camera lens. Last but not least you also get a telephoto 70mm lens. These cameras had performed fantastically one of the best I have ever tested.

Sony also offers you the chance to bring out the inner David Bailey with its professional photography modes which allow you to adapt the settings. Every shot I took with this camera looked sharp and the colours were punchy.  When you zoom in using the telephoto sensor you can use the 3x optical zoom and when you do this the zoom in the quality is fantastic. This camera also performs very well in low light and even at night.

The selfie camera comes with 8MP and does produce a nice looking selfie shot its not the best on the market but its very acceptable still. 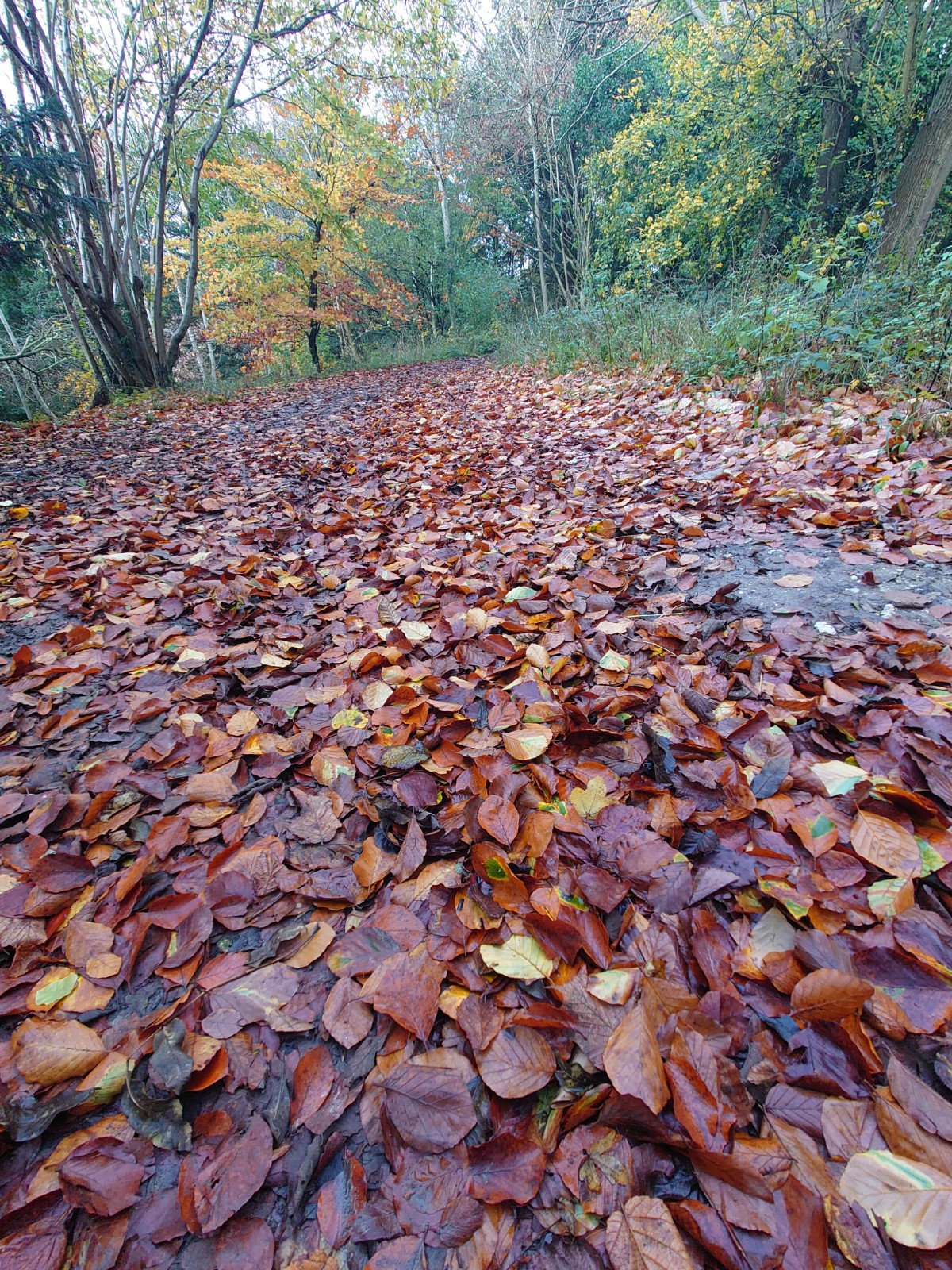 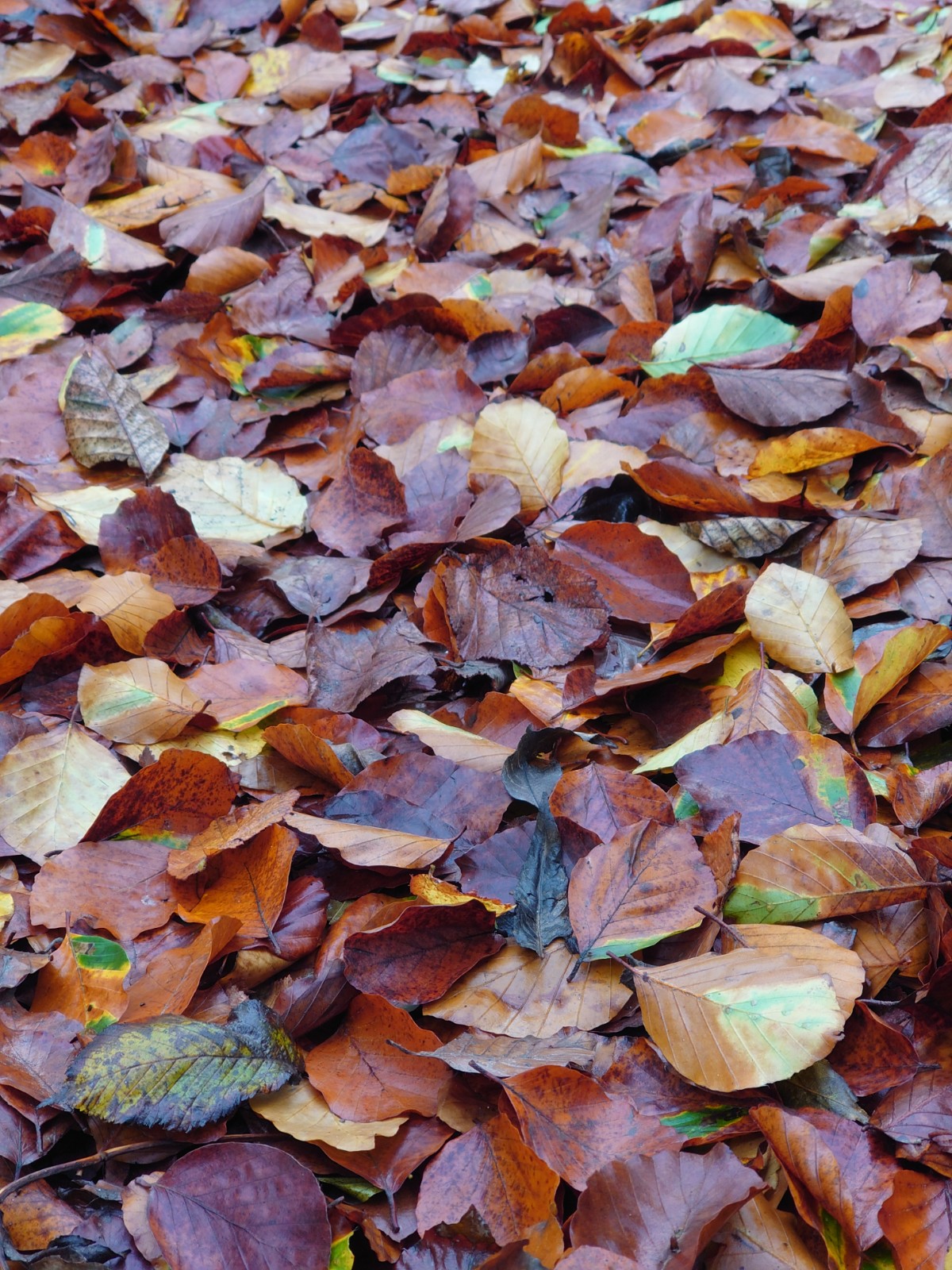 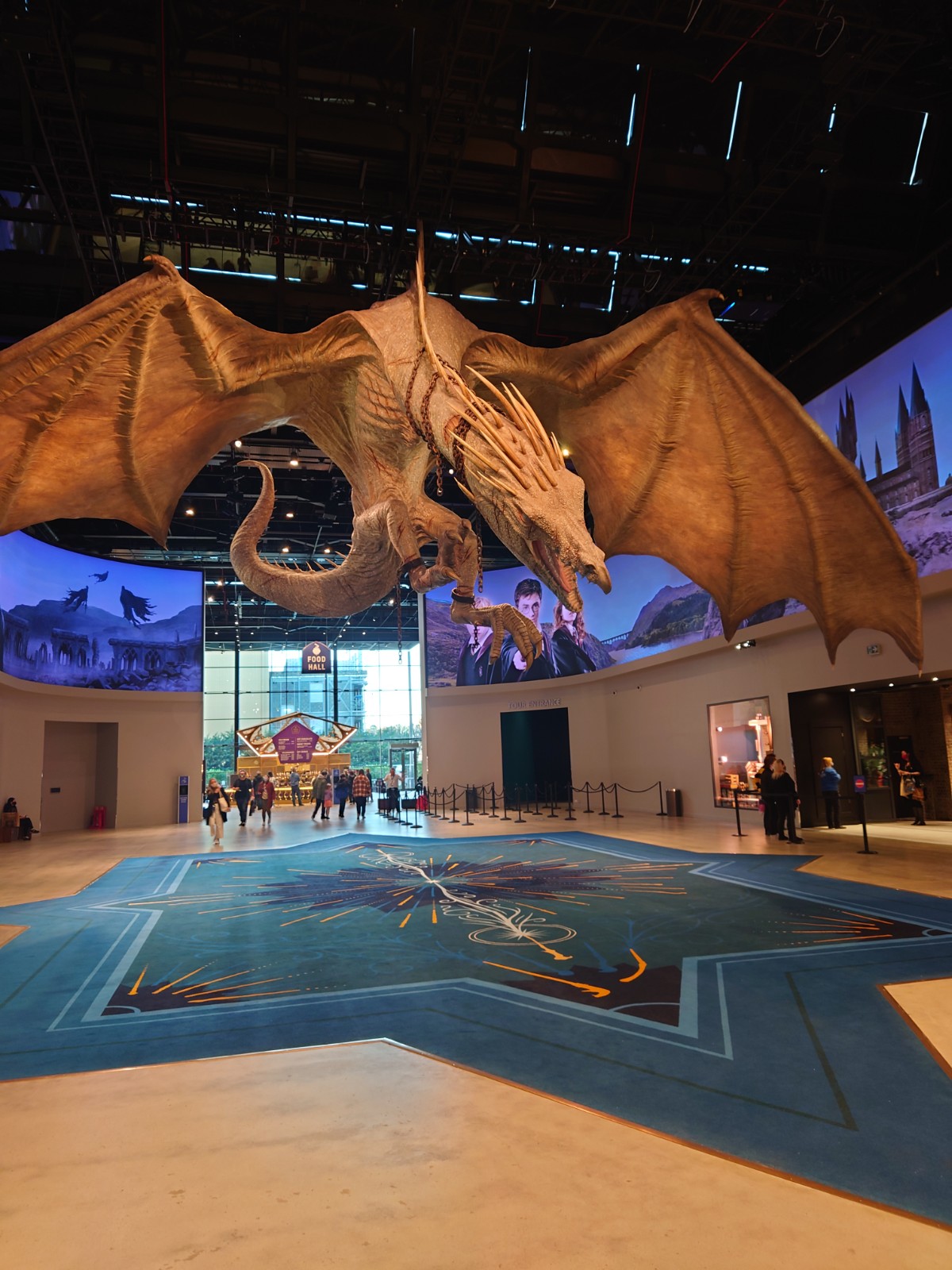 Indoor Shot was taken on a Sony Xperia 5 II – The shot was clear and the colours in the image are bursting out using the 16mm ultra-wide lens. 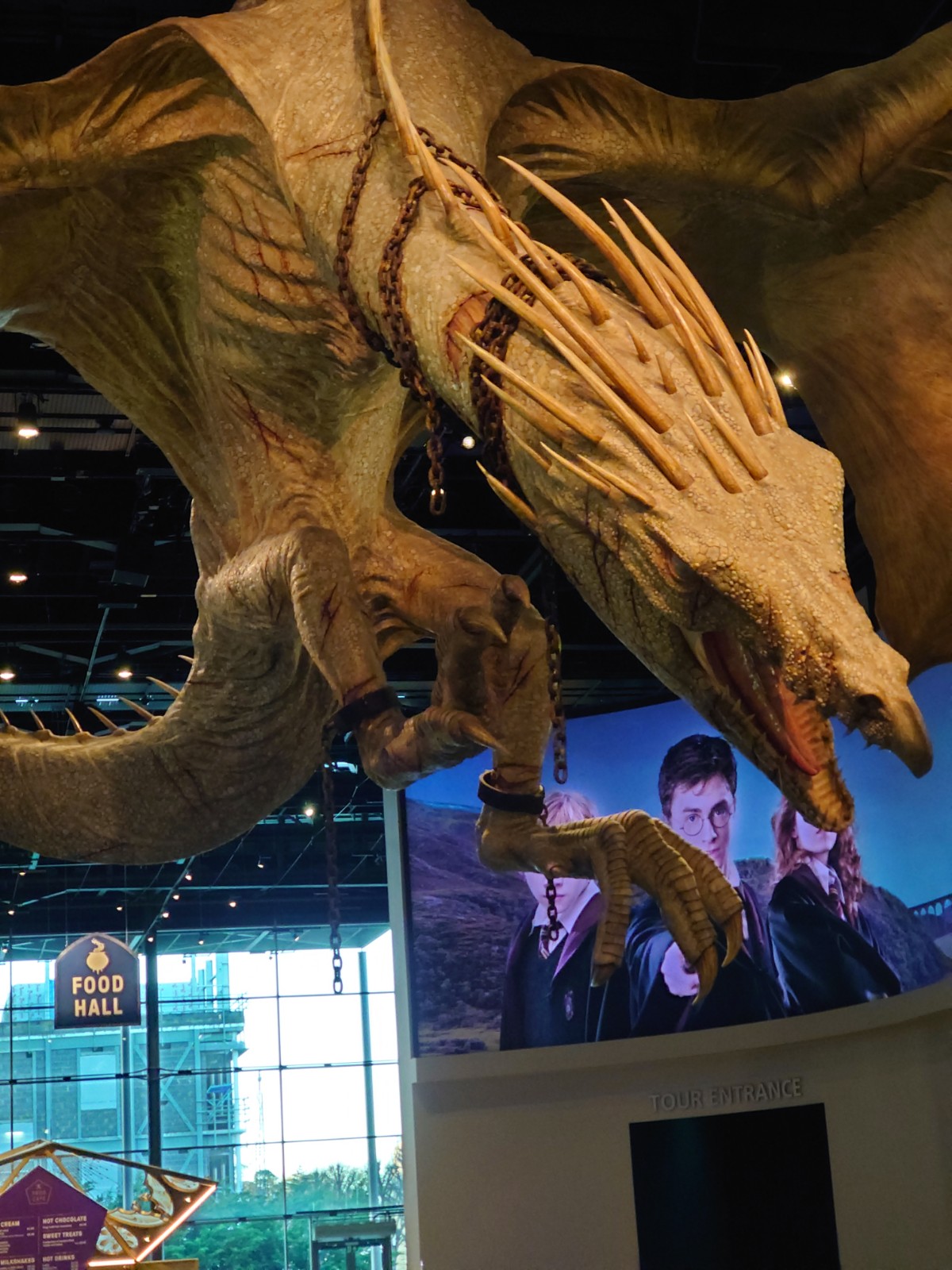 Shot on a Sony Xperia 5 II – 70mm telephoto lens – The details the camera brings out is impressive when using the zoom. 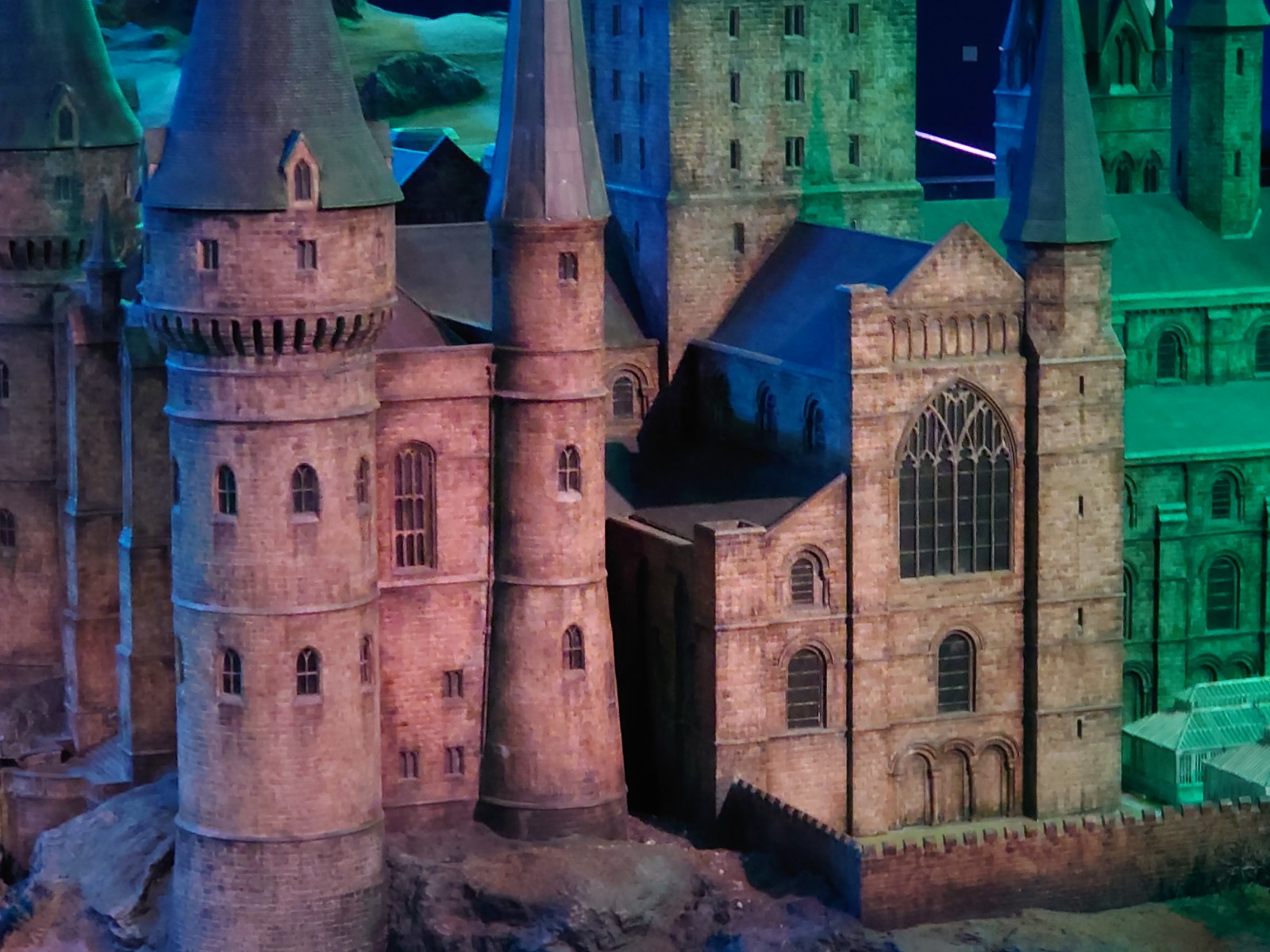 When using the full 3x optical zoom the amount of detail you can see in this picture is very impressive and the Sony Xperia 5 II automatically amends the settings for each shot.

I think the camera is the star of the show by a longshot but the overall performance of this phone is also very good. You get the 4K HDR 120fps slow-motion movie recording which is great for these tic tok fans. The 21:9 cinema wide 6.1-inch FHD+OLED Display provides excellent quality when you are watching a film or playing games using the PlayStation app that allows you to play your PlayStation via your Xperia 5 II Mobile. This phone is also water-resistant due to the fact its IP65 rated.

I also found the size of the phone in your hand a positive factor. It feels just right in your hand, not too big or small just right and if you like its big brother but would have preferred a device to be a little smaller the Xperia 1 II but with similar features, this is the phone for you.

As mentioned in this review the camera is in my view the key selling point and it does not disappoint for a second. I really like the fact the camera automatically adapts to always give you the perfect picture.

However, this phone does have a few negatives: you can’t charge this phone wireless using a Qi-compatible charger but can use fast charging if you have a fast charger at home or its a quick trip on amazon.

It’s also still quite expensive at £799 sim free but if you’re looking for a phone that is a little different from the Apple or Samsung we see everywhere and love a detailed sharp image it’s well worth investing in.

The Sony Xperia 5 II – Available for £799 via Carphone Warehouse 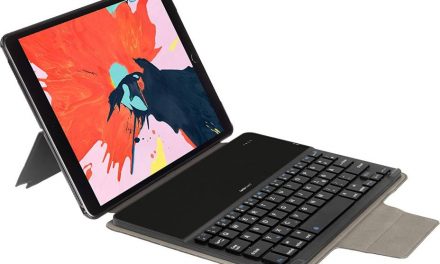 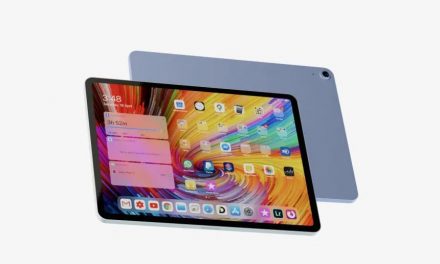 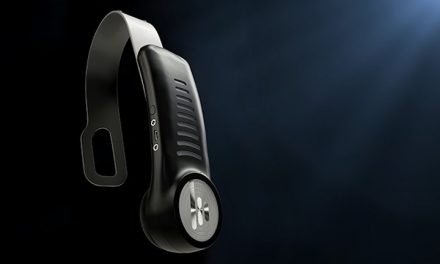 Bassme – The Next Level in Gaming Review 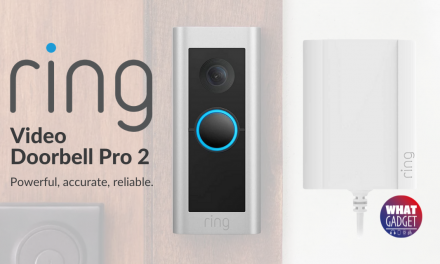