Cosmo Communicator Review – A trip down memory lane or a Functional PDA? 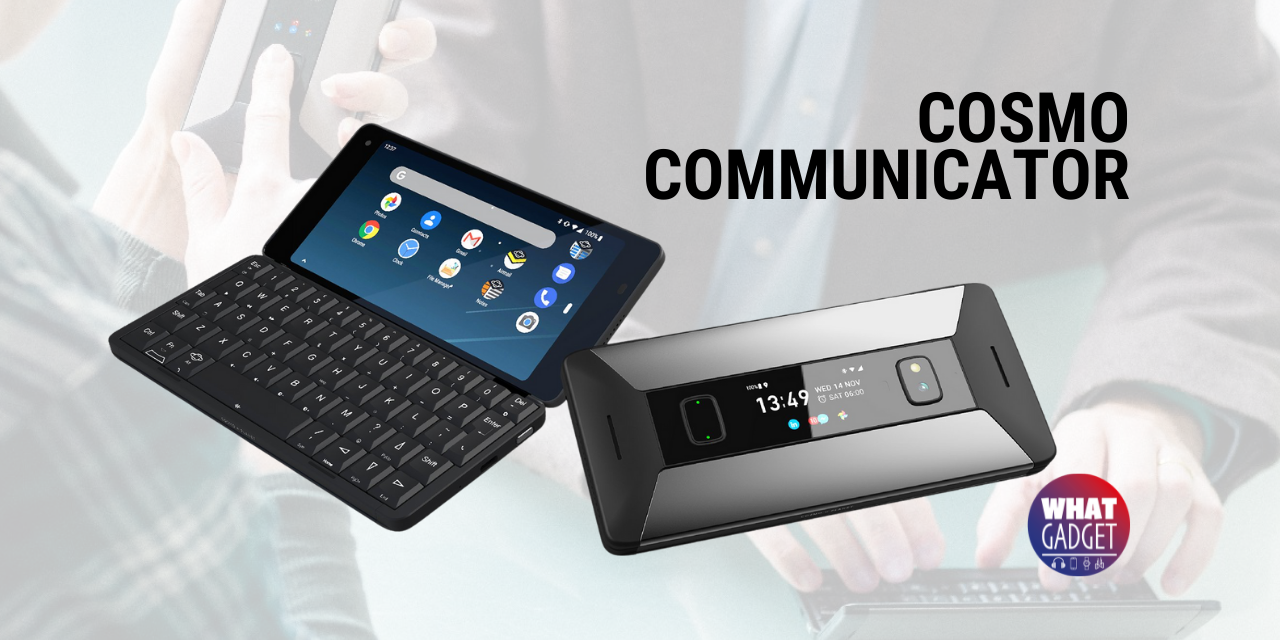 Close your eyes and think back to the late ’80s/early 90’s when all those business types on the DLR (Docklands Light Railway)  were all using PDAs to get their work done in shiny suits and massive shoulder pads.

Well fast forward to 2021 and Planet Computers have sent us the Cosmo Communicator that brought back nostalgia from seeing these business types with their PDAs. Finally, I could be just like who I admired as a schoolboy growing up. I then released all these suits on the DLR are now using iPhones or Android devices so I raise the question: Can a PDA make a comeback?

Who is Planet Computers?

Planet Computers saw a gap in the market in the 90’s when the PDA was being replaced by the smartphones you see today. They felt users lost the ability to type comfortably on a mobile device. Plus with users looking for flexible working especially since most of us are not working from home. The key target of London based Planet computers is the bring back the mobile keyboard. They did this with their first offering the Gemini PDA and have now returned the table with the Cosmo Communicator.

The Cosmo Communicator has a full physical keyboard and has modernised the design with that clamshell device but at £721 is it worth the high price tag? 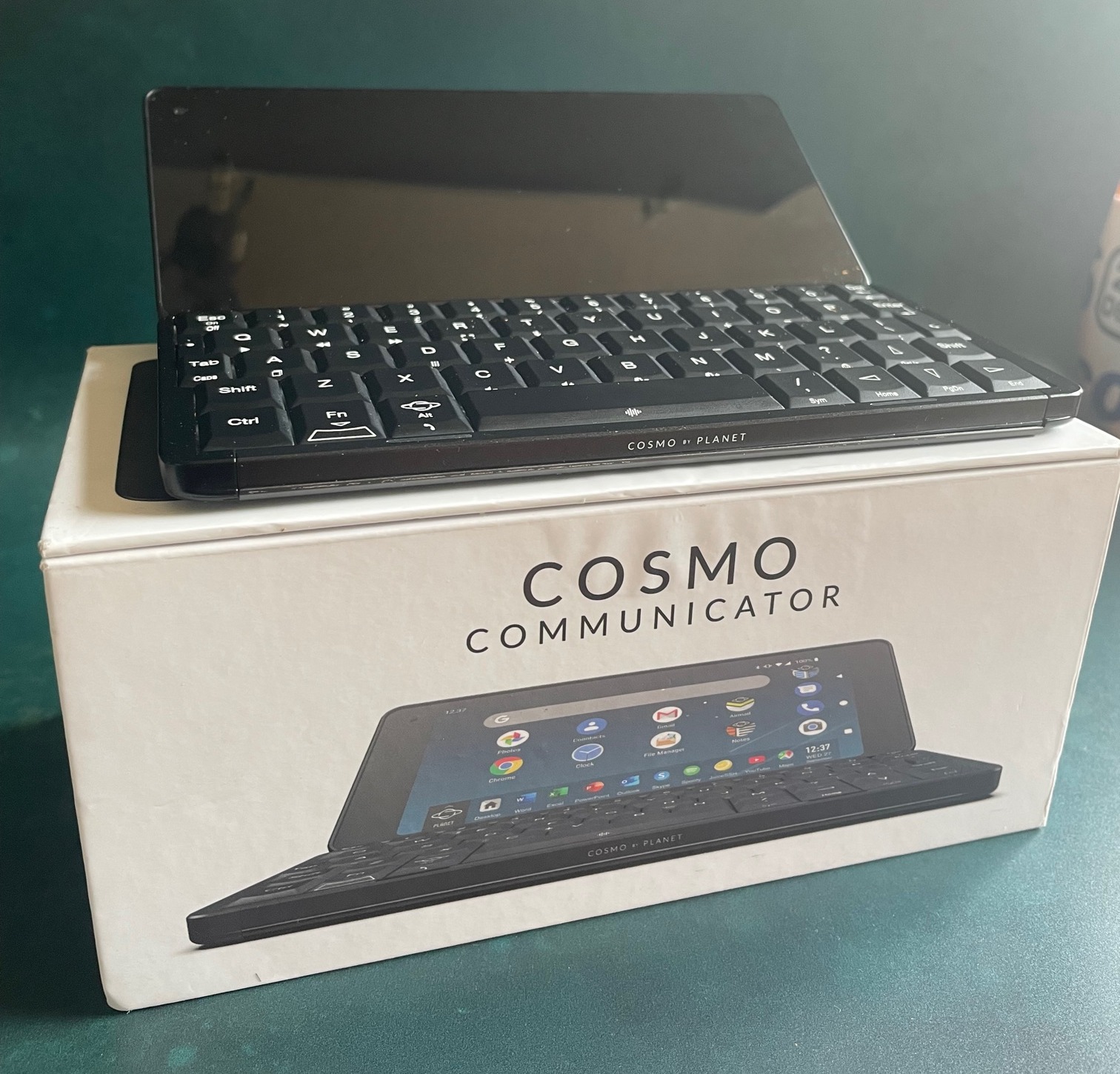 So inside the cool looking box with plenty of images of the device with keywords about this device such as: Powerful, Portable, Private & Productive. All directing us to one hell of a device.

Inside the box, you have the rather large cosmo communicator, USB-A to USB-C cable and mains charger, Sim tool, Microfiber cloth, User guide and some lovely stickers if you want to make your device look like a child decorated your phone.

The Cosmo Communicator is unlike anything else I have seen on the market. It really does have a niche appeal but I kind of like it and see how it could to a degree replace the need to bring a laptop or tablet and even your mobile to a degree if you don’t need a decent camera.

So one of the key changes is how you install the Sim card. You now have a dual nano sim for your work and personal sim cards or you can add your sim card and a micro SD card if required plus it’s much easier to install the sim card.

The Cosmo Communicator still uses the mechanical keyboard that was used in the Gemini the keys are very responsive which allowed me to type with ease but someone with slightly bigger fingers might struggle you won’t be able to hit the speed you would on a normal keyboard but you can still build up some speed over a period of time. This is ideal for a user who wants to make notes without looking at your phone or those who do not get on well with onscreen keyboards.

So when you have that clamshell opened up on the keyboard you will notice you have the Planet key that when pressed brings up the application bar next to the function key. 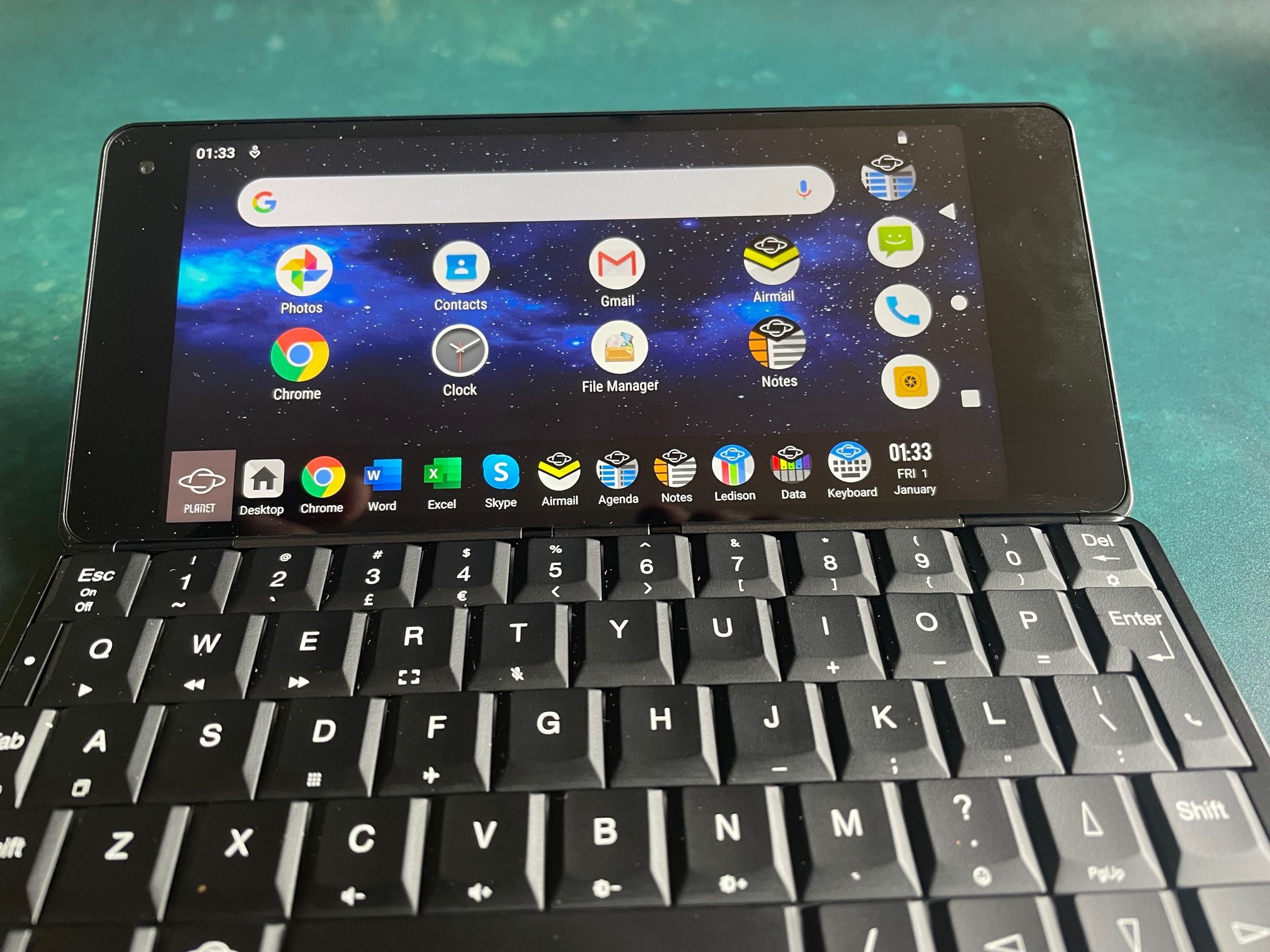 Top left you to have that ESC key that can be used to switch the device on/off. Under that button, you have an indicator that shows when the caps lock is on and when you have a low battery. 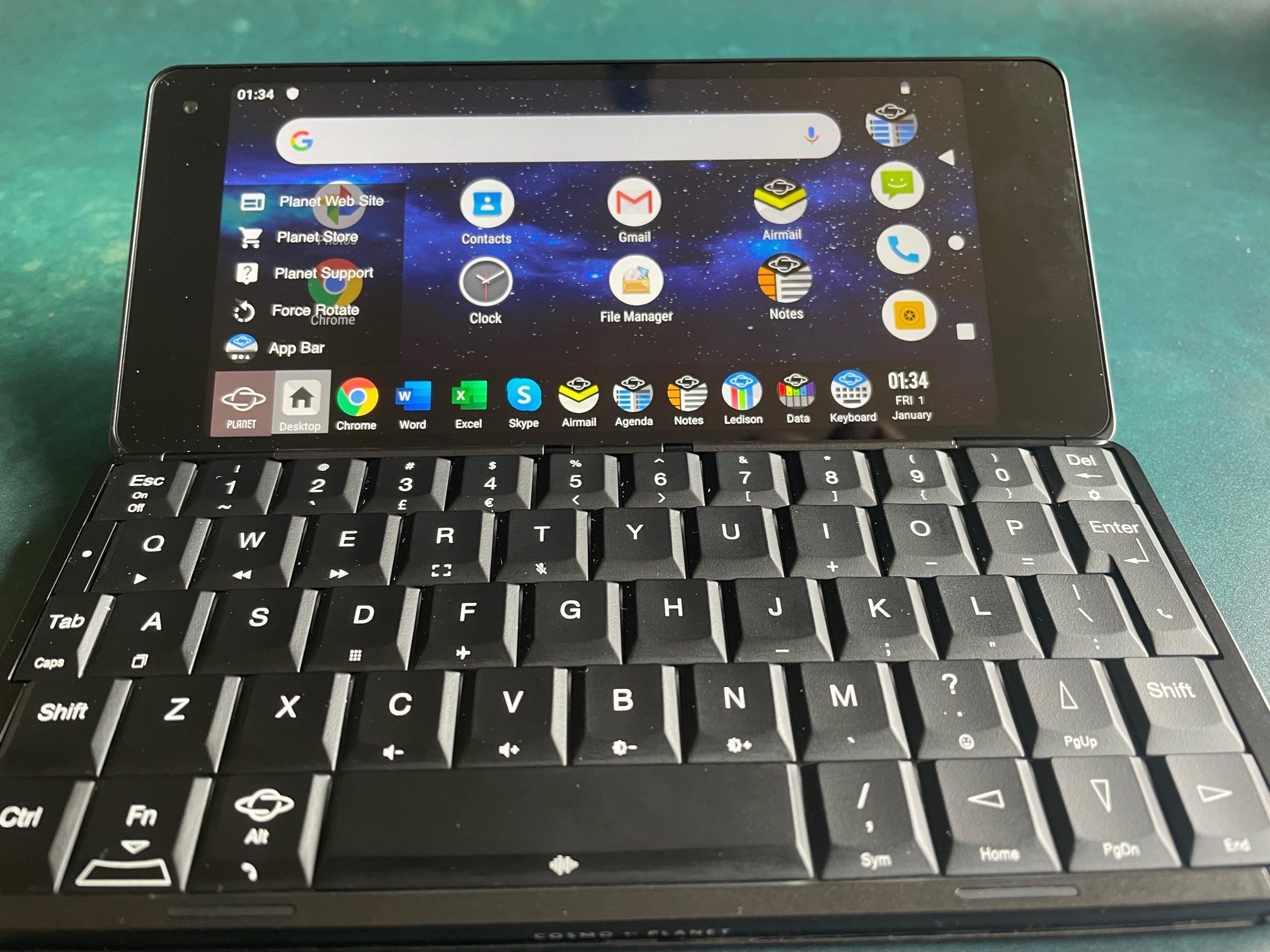 Now when you’re not working you might like to have a snoop on social media and the fact apps like Instagram stories suit best on a portrait orientation but the cosmo communicator has defaulted to landscape. Now you can go into the settings and force rotate or switch the device and turn it on its side which makes you question the design.

Close the phone and on the left side of the phone, you have that improved sim card tray, built-in stereo speakers which is also on the right side as well.  Also on the left is a 3.5mm headphone jack, built-in mic and finally that USB-C port which is used for charging or connecting to the USB-C hub available on the Planet Computer website. 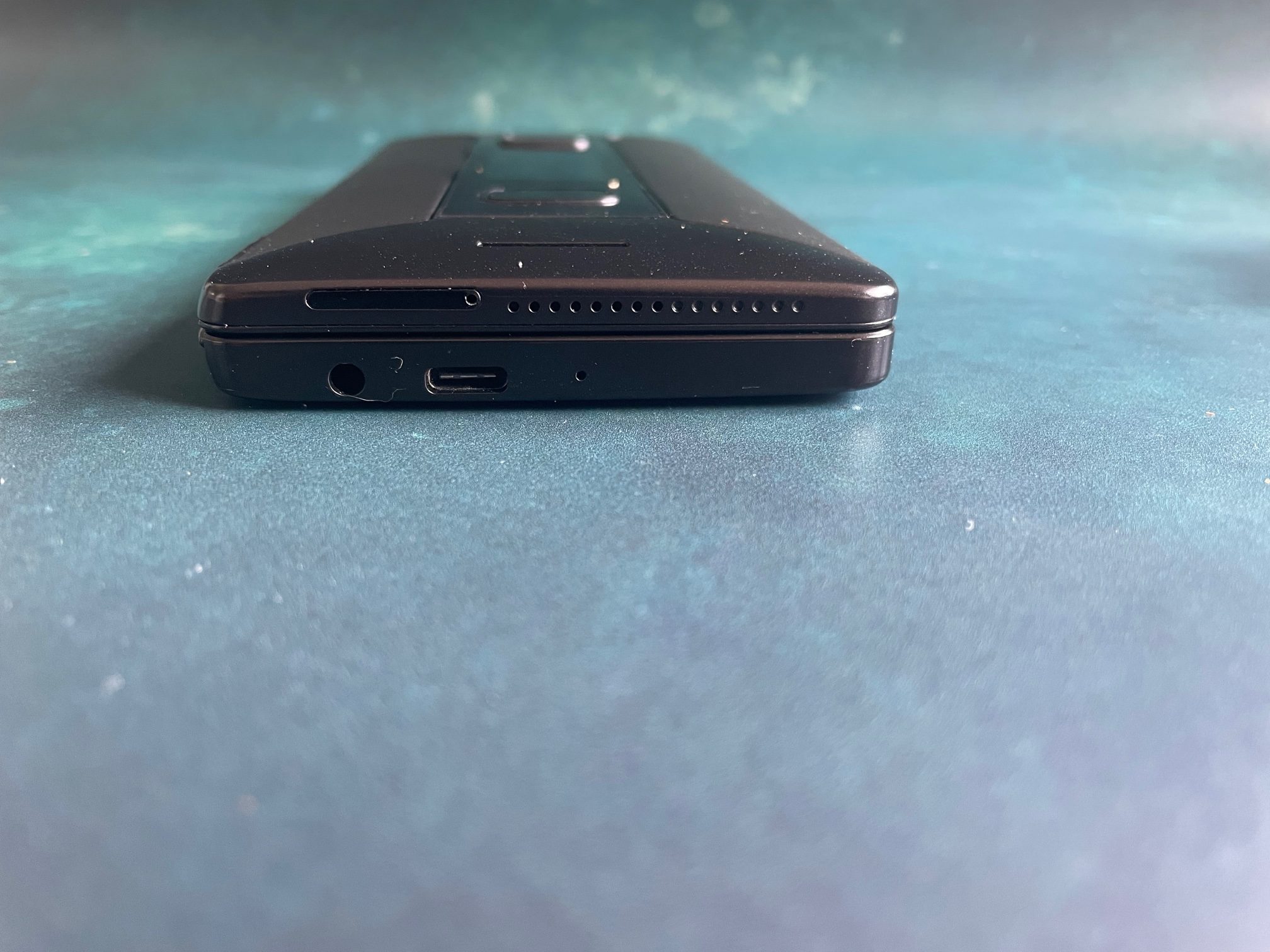 On the right side, you also have a second built-in mic, a power button that doubles up as a smart button and also the second USB-C which can be used for a converter to HDMI if required. 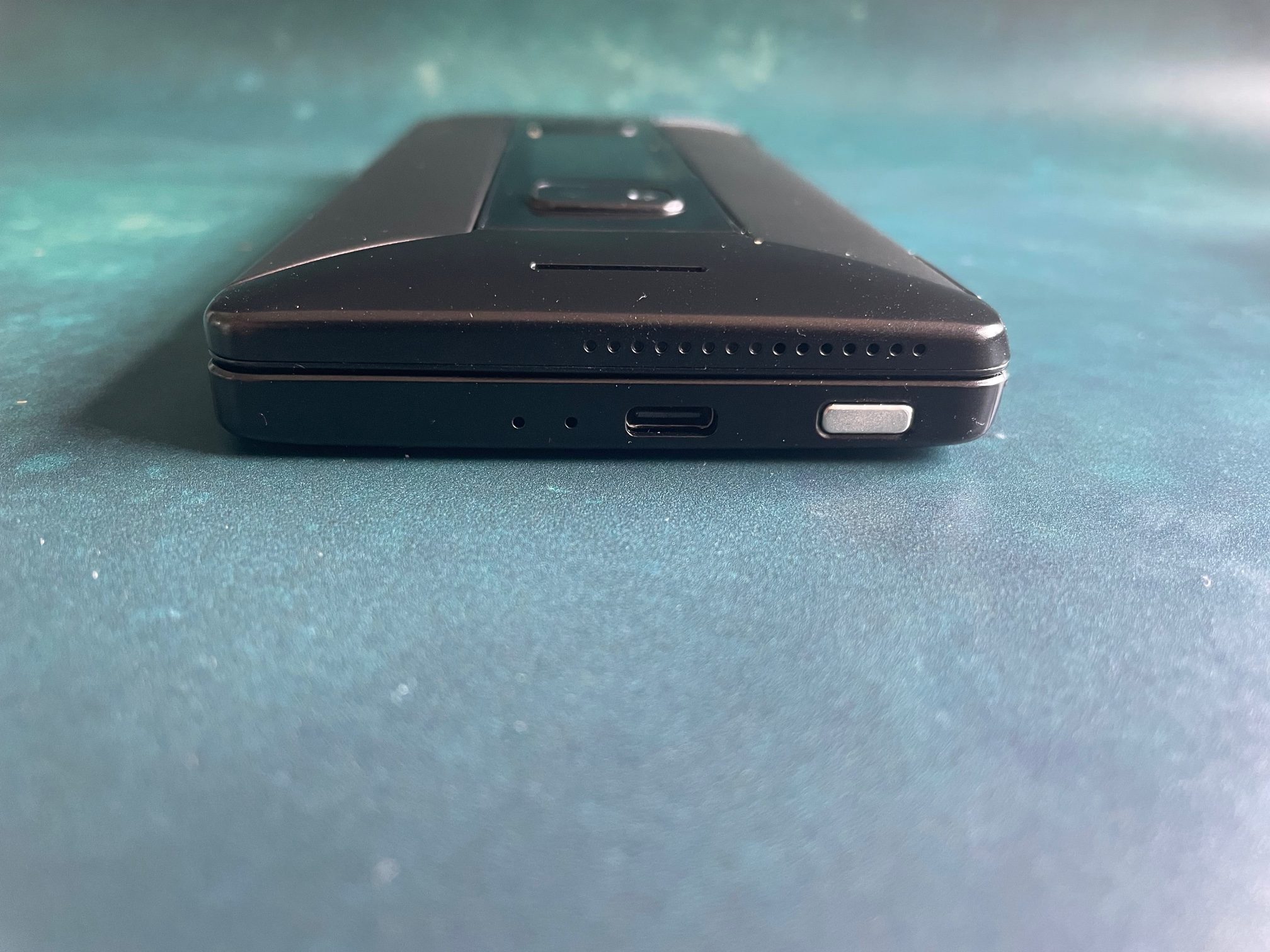 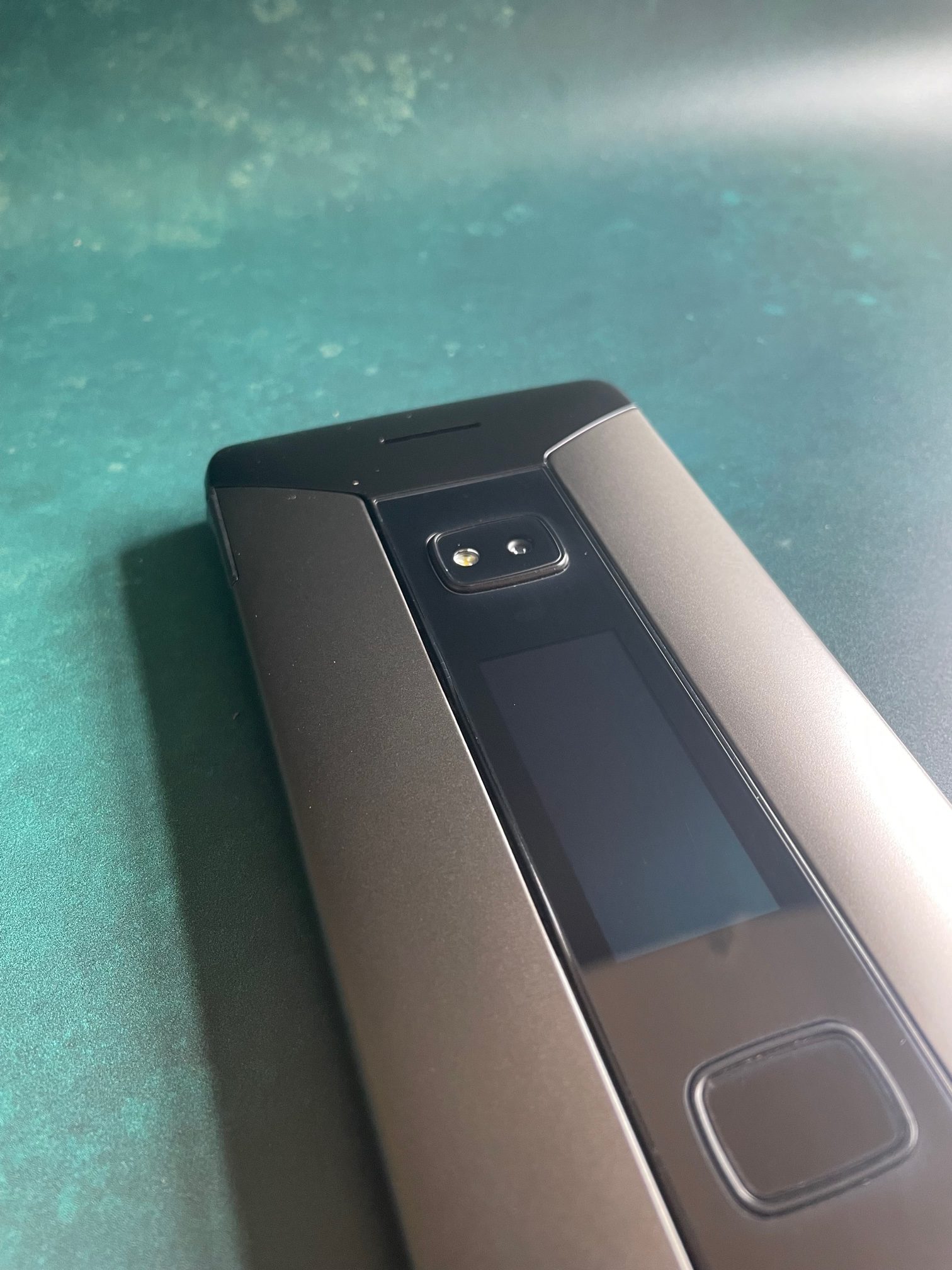 As you can see from the image above you have a small LED that indicates when it’s on charge or you have a notification. Above that, you have that fingerprint toggle sensor with an external 2-inch touch screen that I will talk more about in this review.

Above this, you have the 24MP camera that comes with flash and around that camera surface, you have that NFC area which is ideal for making contactless payments or transferring files if required.

When comparing this device to the Gemini the screen is exactly the same size as its 6-inch touchscreen display that offers a 2,160 x 1,080 resolution that won’t blow you away but the quality was not terrible.  In fact, for what you will be using it for the display was more than fine for me when reviewing this device. 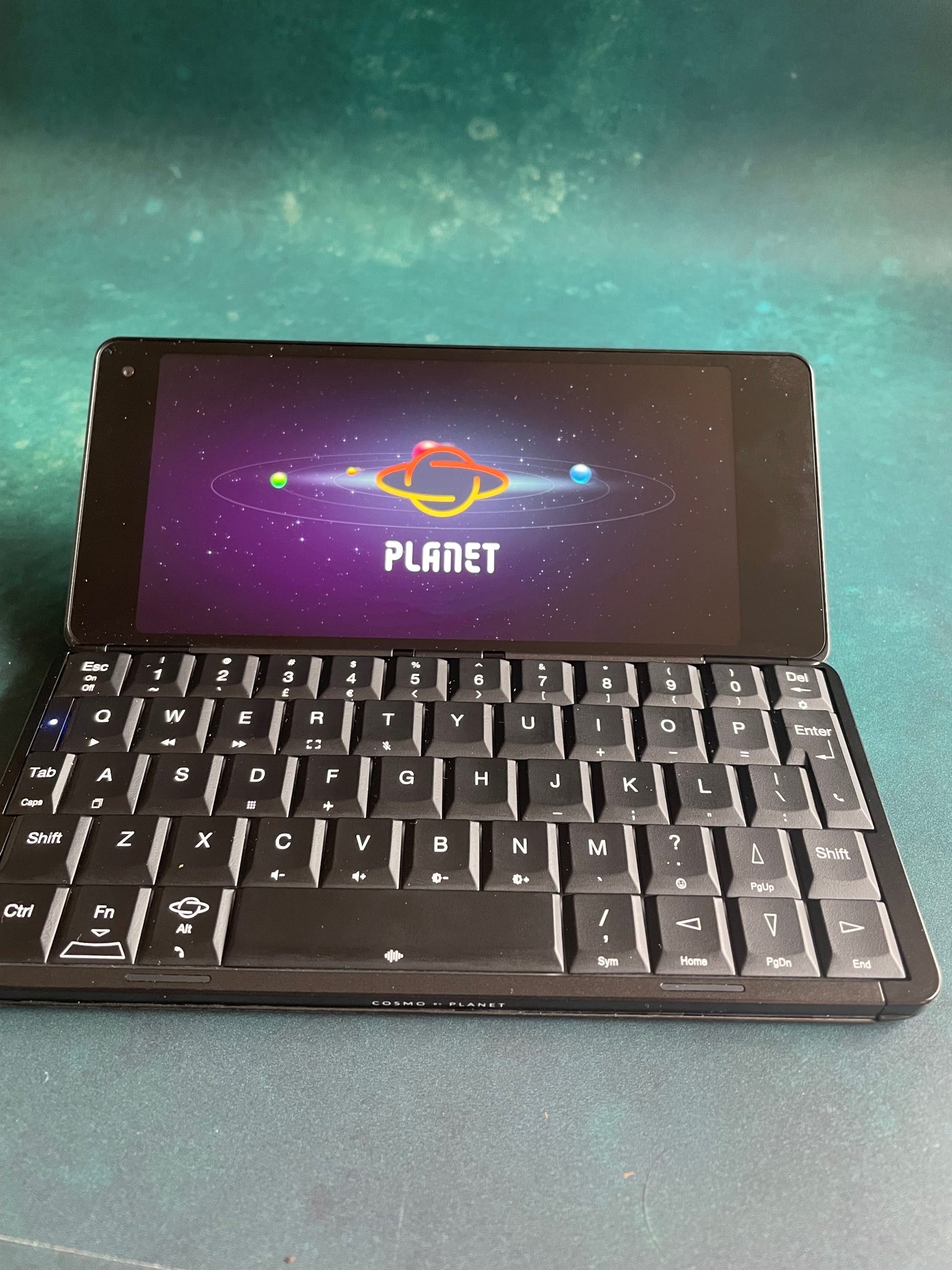 The cosmo runs on Android 9 but Planet computers have created a number of bespoke apps as well as the normal you get via Google. Such as Agenda that syncs lovely with Google Calendar to help you manage your diary.

You also have a data app that allows you to import data from other sources. You even have apps such as Airmail which is its very own email offering but I can’t see anyone who will use this over Gmail. You will also notice a number of pre-installed third-party apps such as Microsoft products like Word & Excel.

Inside the Cosmo communicator, it runs on a MediaTek Helio P70 chipset along with 6GB RAM and 128GB internal storage. You also have the option to extend the storage using a MicroSD card.

We run benchmark tests and the Geekbench 5 results are 1471 multi-core or 296 single-core results which rank this device mid-table.

Moving to the camera set up you get two cameras which is a step up from the Gemini. Which did not even have a camera. The Cosmo communicator has an outwards facing 24MP Camera and then a 5MP camera to the top left of the screen. The 5MP camera is ideal for when making a video conference call the quality is fine but taking a selfie is very basic in terms of picture quality.

The main 24MP camera is ok for taking pictures but the quality is very basic if you want a camera that gives you that extra edge such as optical zoom you can zoom just not much. If you want more from your camera you need to buy a different device but the camera not the primary use of this device. 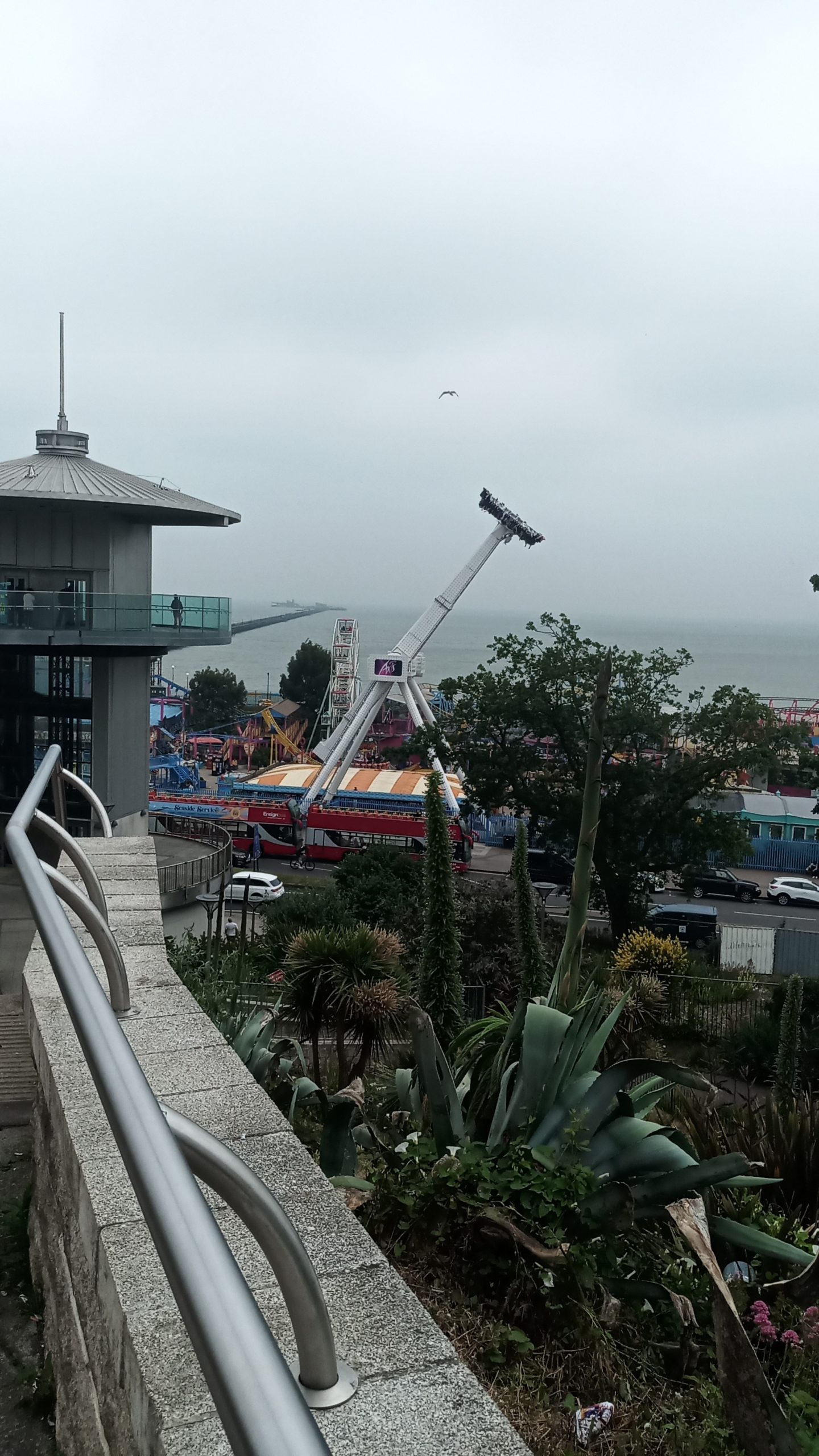 Shot on the Cosmo Communicator 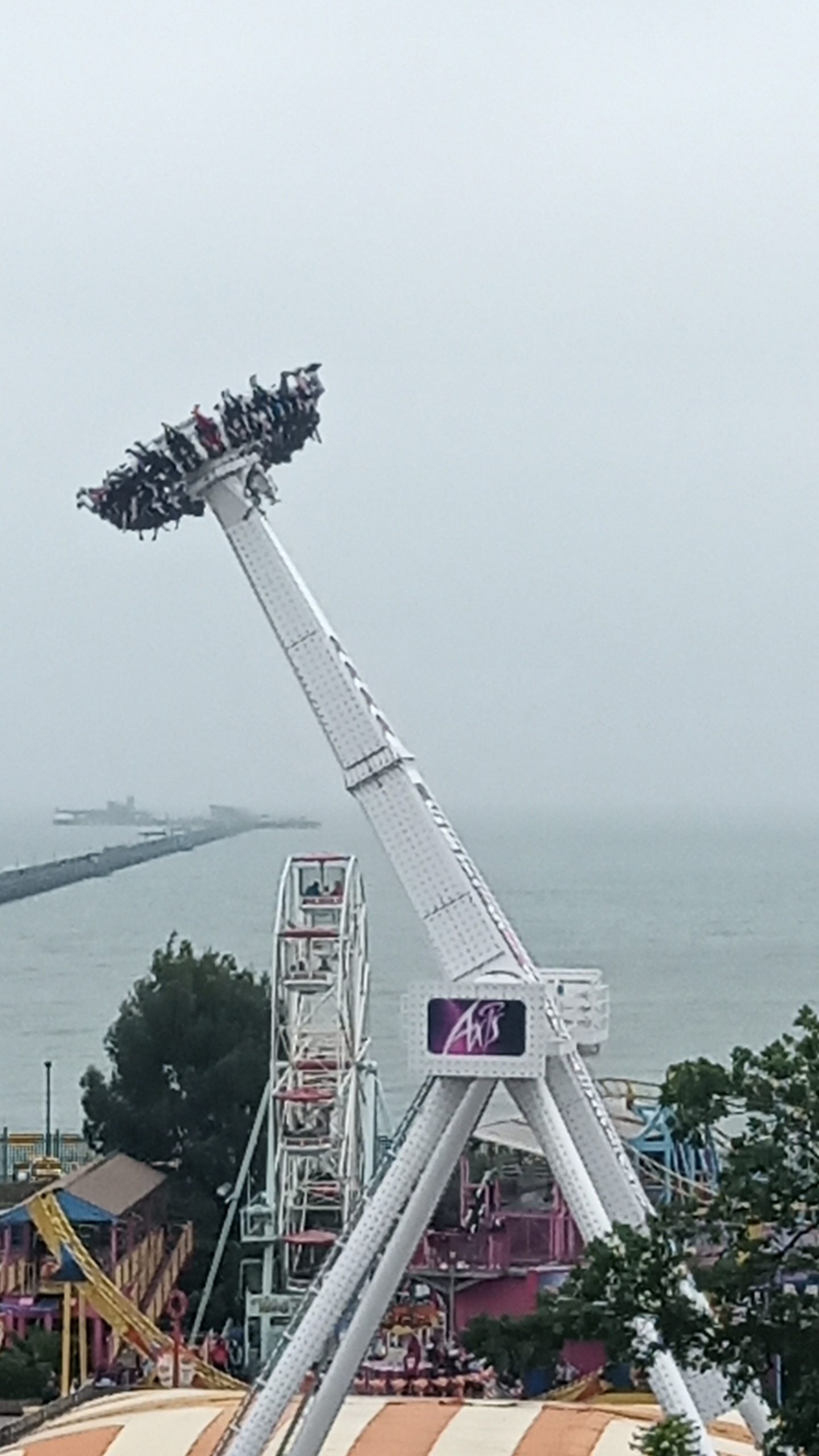 The Cosmo Communicator has that secondary OLED screen on the front of the device which is a touch screen but unless you have tiny fingers you might struggle a little to use it.

The front panel actually uses its own android system and processor but it’s connected to the main operating system so any notifications only need to be viewed once. You can also use it to view an email even if just the first few lines which allows you to see if you need to reply right away. If you want to replay click replay and open the cosmo and you will be ready to get typing that reply.

Also on the front panel, you get to see the signal strength, date, time and battery indicator. A double-tap of the fingerprint sensor brings up a menu that includes making calls, taking photos, playing music, record video, touch, built-in mic, settings and power button. 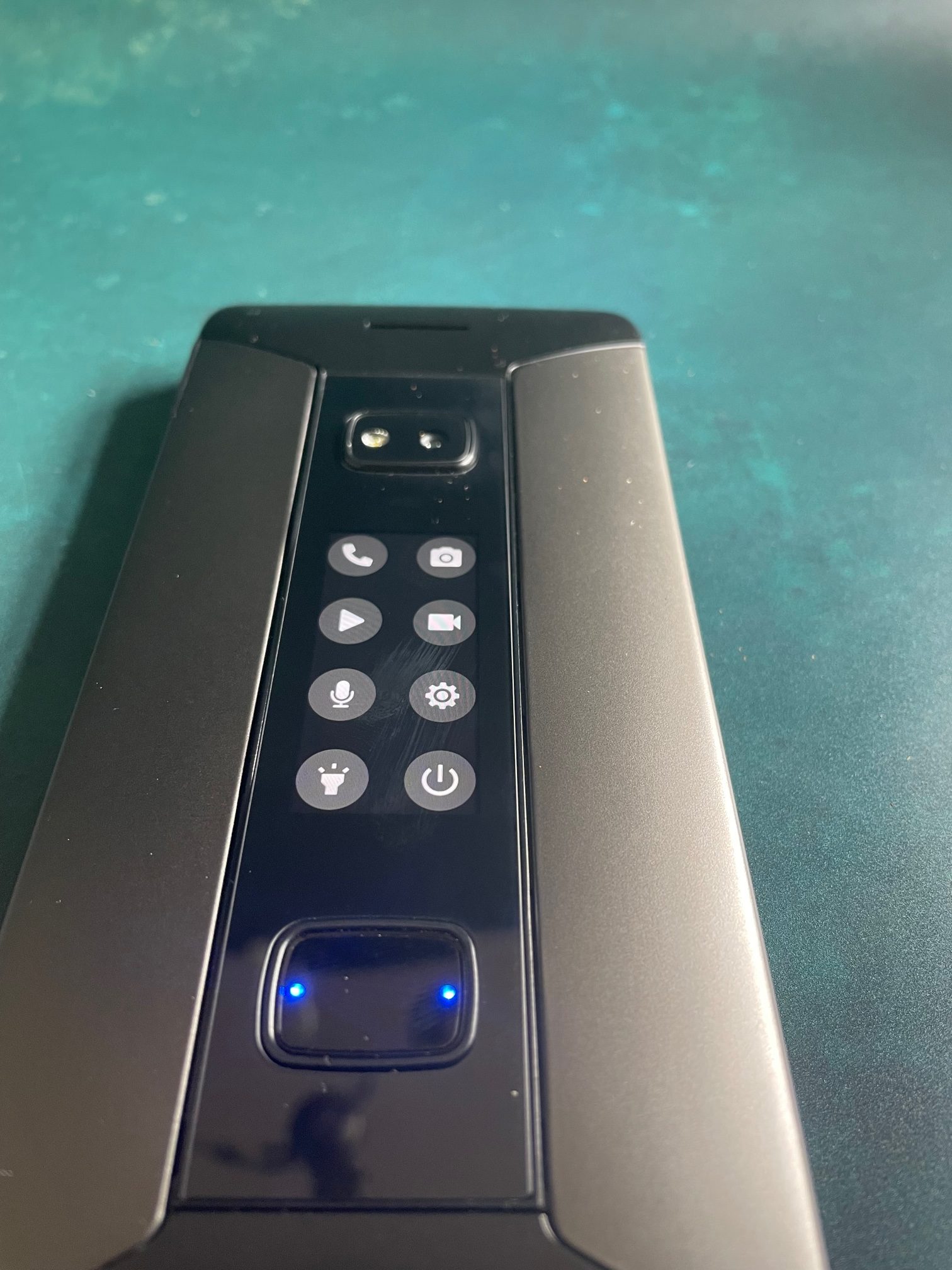 Now if you wanted to make a call without opening the device you could manually tap the number in or click on a recent call in the call history or access your address book.

Like with all devices battery life is important and the cosmo communicator offers a 4,220mAh which is not bad but if your going to replace your phone and laptop and using this as your main device the battery life will drain fast but should last the day if you’re careful. In testing, we got just over 7 hours but I suggest when you are in the office during the day just plug the device in the charge for a bit and get that well-needed top-up.

The Cosmo Communicator has its niche market who will love this device but will you see this as a commonplace device when travelling around I would have to say no as the £721 price tag and the fact that let’s be honest PDA’s disappeared for a reason as everything you can do on the Cosmo you can do on an iPhone.

However, if you can see past the price tags and you want to go back to the glory days of when PDA was king. The Cosmo gives you the chance to leave the laptop at home and work on the go when travelling on a train or when the sunshine out and you want to work from the park this device helps you do that.

It’s not perfect when placing the Cosmo in your pocket it’s massive for a start and you can accidentally activate something when in your pocket which is a little annoying. An easy fix is just to keep this in your bag!

The device its self can be quite slow when doing certain things for example when recording footage my god is is slow it lags behind by a second which is a major turn off. Also, the fact this device does not come with any IP rating meaning it’s not water-resistant so be careful with this device. 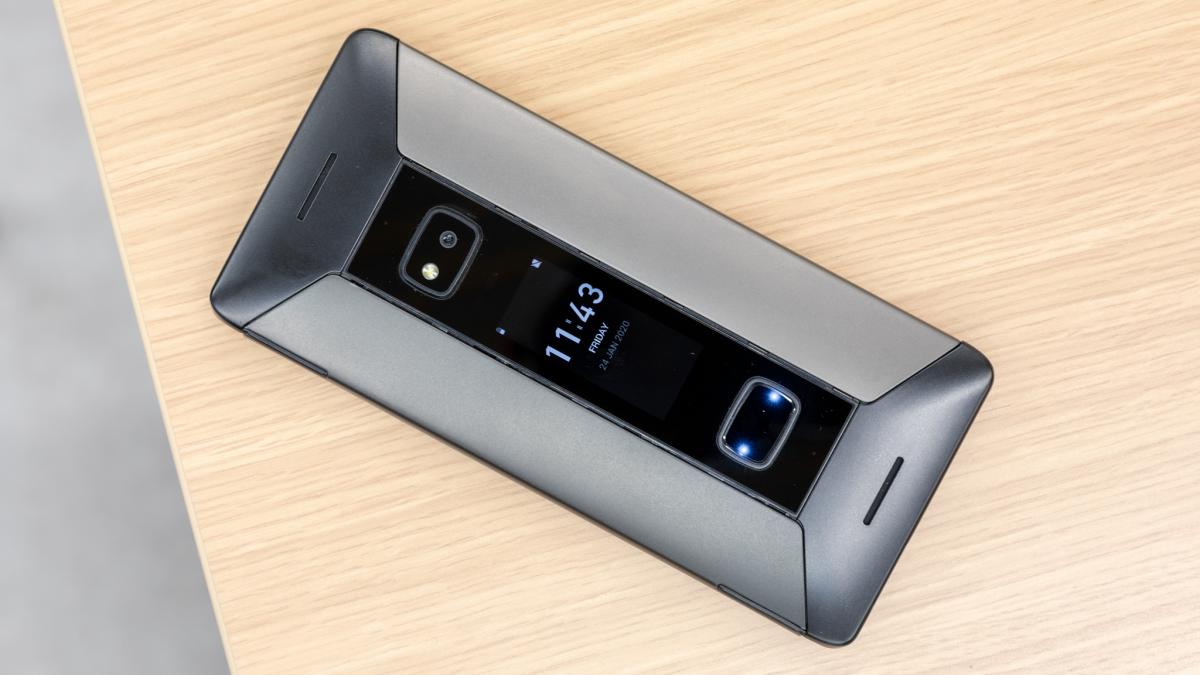 That aside if making calls like those cool cats back in the ’80s with a massive device next to your face go get this device. The call quality sounds good but you will look like you have just fallen out of a time machine with this beast next to your face when taking a call.

If using that keyboard on a very attractive device is something for you it could replace a number of devices you use every day such as your laptop, tablet and even phone it’s a nice product for some who the keyboard is the main consideration when buying a device. However, would I buy this over something like Blackberry Key 2 I think the jury still out. 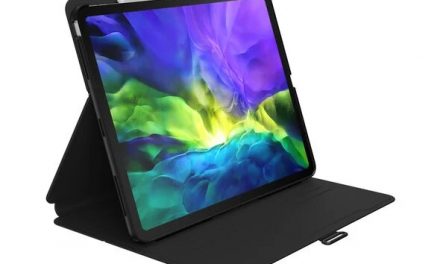 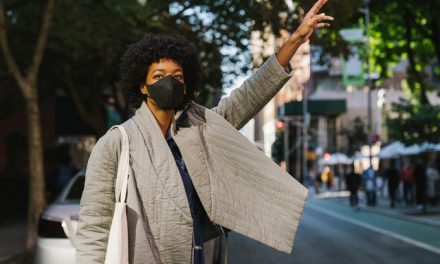 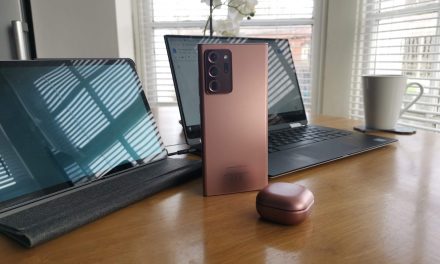 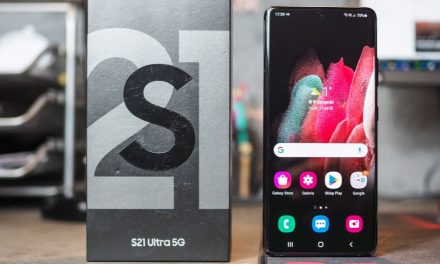